It’s a new day, and R&B icon CeCe Peniston is doing it her way.

Starting her music career at the tender age of 20, she’s still standing tall 30 years later and taking charge of her career as a double threat: artist and businesswoman. She took time out to have a conversation with Courageous Woman Magazine.

Courageous Woman Magazine (CW): Who is CeCe Peniston at her core?

CeCe Peniston: She’s genuine and authentic. I like for people to feel like they can be real with me. I’m compassionate, a nurturer, a lover, a creator, and a diva sometimes. I love doing so many different things. I don’t particularly appreciate being stuck in the box, so sometimes I’ll break the rules a little bit. I like to push the envelope a little bit to see if I could be more significant. I’m a visionary, so I want to do vision boards. I’ll put everything up there and look back at it later and see where my mindset was when I did it.

CW: What is the difference between CeCe at ‘tender’ 20 and CeCe at ‘ferocious’ 50?

CeCe Peniston: I know who I am now. I have more wisdom. I’ve become a businesswoman now. Whereas when I was younger, I had just gotten started in the business, and I was naive. I had come from the church and didn’t understand the music industry. I was doing what I felt. Now, I know what it takes to do a show artistically with business savviness.

CW: As an artist, you recognize good music. Who’s on your current playlist?

CeCe Peniston: There’s a lot of different people that I listen to. I listen to opera and gospel, and I love Jazmine Sullivan’s new album. It’s hot. I love all the stuff that she did. I listen to various things, so I don’t just listen to one style of music. 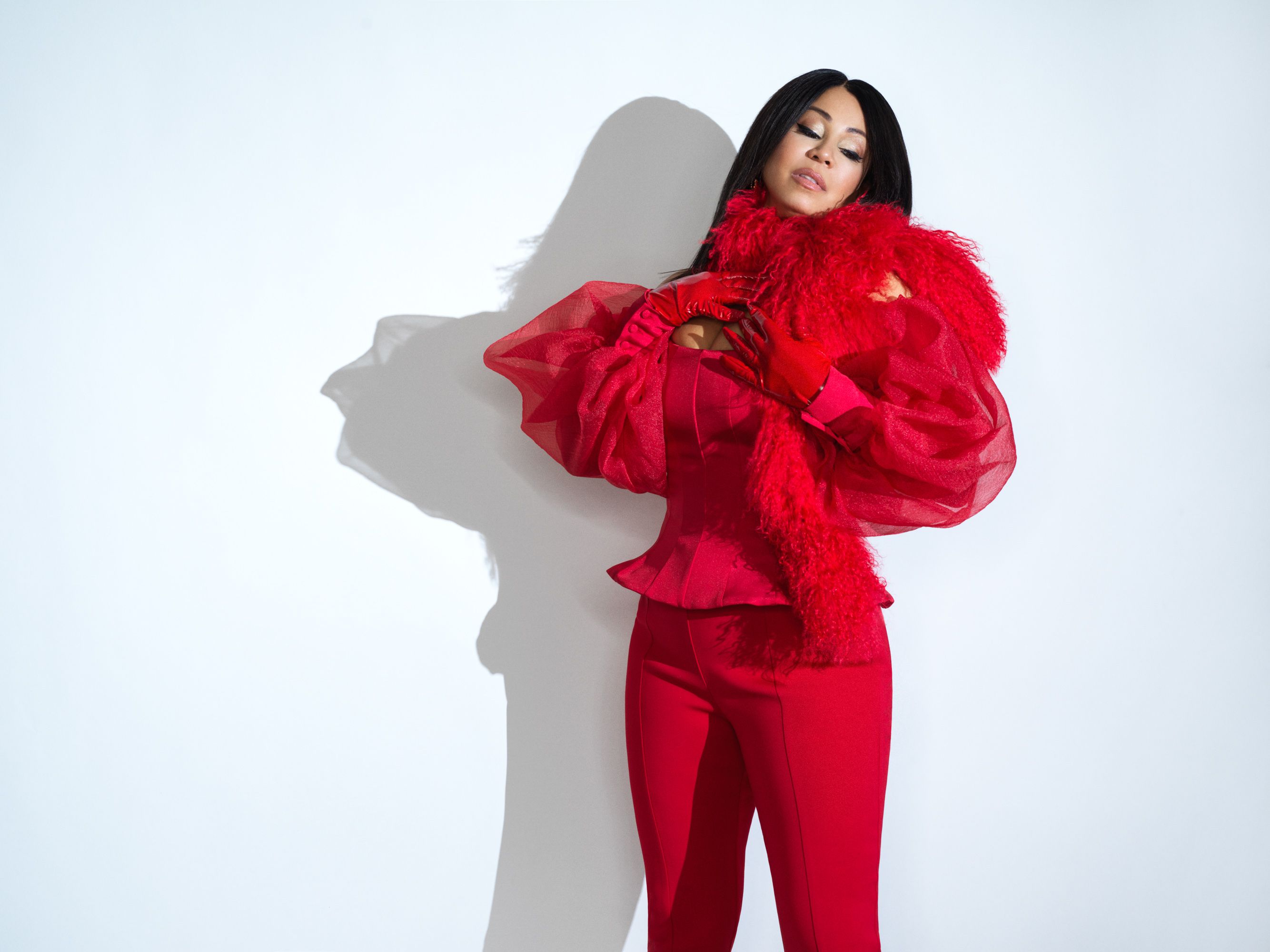 “A Courageous woman understands that she has vision and knows what comes with that vision and is still willing to walk through the fire and make it happen.”

CW: Let’s talk about the importance of knowing the industry. I heard you speak about how you have grown from being an artist to a businesswoman, and why it was vital for you to marry the two.

CeCe Peniston: Being taken advantage of is what motivated me to get more involved in my business. I said, “You know what? I’m going to learn about this so I don’t get taken advantage of the same way.” It’s funny because when you’re younger, all the money’s coming at you so fast. You go from working at places like Chess King or Kenny’s Shoes to getting a record deal making all this money. Now, you need an accountant and a lawyer. You’re overwhelmed because you’re like, Hey, I didn’t sign up for all this. I signed up to be an artist. Many people don’t have good intentions. That’s why I got more involved in my business and changed the team of people that I worked with. I have people now that know me like the back of their hand, especially my brother.

CW: Why is it essential to own your publishing?

CeCe Peniston: It’s crucial to own your publishing because then you’re in control of the master. Without that ownership, you’re saying you can sample this a hundred times if you want to. They can perform it exactly like you without changing it, and there’s no consequence. There are so many variables of why you should own your own.

CW: Okay, I want to understand—what officially dictates a sample from your music?

CeCe Peniston: I don’t want to get the verbiage wrong. I encourage people to go to my Instagram, where I break it down. I can continue to talk about it, but I don’t want my words taken in the wrong light.

CW: You’re super beautiful and fabulous—how do you see your super qualities growing in five years?

CeCe Peniston: I am a better and even greater businesswoman, for one. Like I said, to continue to grow, make more music, and continue performing until God says otherwise because I love getting on stage.

CW: We usually end our interviews with this question—what is your definition of a courageous woman?

CeCe Peniston: A courageous woman understands that she has vision and knows what comes with that vision and is still willing to walk through the fire and make it happen. Vulnerability is a part of being courageous. I don’t think that people are vulnerable enough, sometimes. Being courageous is saying things you know are uncomfortable to say sometimes, or people may look at you sideways. But they’ll be like, “God, that was so authentic.” And sometimes, it could be something like, “Hey, it was a bad moment in my life. Or let me share this with you. This was my experience.” You’re willing to be vulnerable to help the next person. That is being a courageous woman as well.

CeCe is definitely proof that just like fine wine, she gets better with time. She continues to make relevant music that resonates with the ladies, maintains her physical fitness, and unapologetically lives life by her own terms.