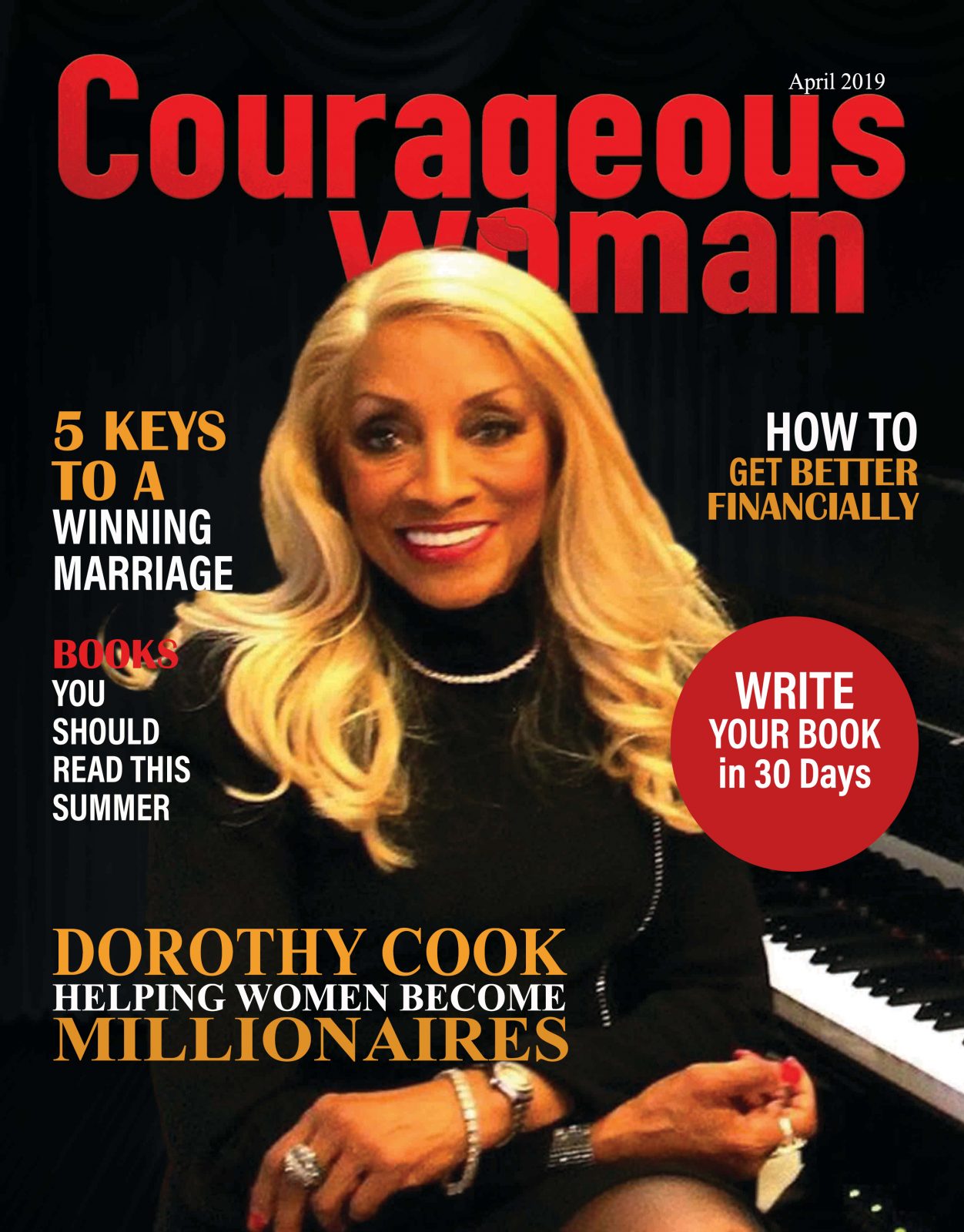 the Keys to Success

Do you really want success?

Then “Your mind must arrive at the destination (of success) first,” says millionaire maker Dorothy Cook, because if you “get your mind to wealthy, then your behind will follow.”

Business mogul, mentor, woman of faith and inspiration — these highly esteemed words are the core of Ms. Dorothy Cook. Ms. Cook’s intelligence, tenacity, and determination have carried her throughout her journey of life, which is represented by the level of achievement and success others see active within her every day. Her ability to help others create financial success in their lives landed her on Black Entertainment Television (BET) for her own show Amateur Millionaires.

For Cook, success first comes from having your mind on the destination. Cook has been in the multi-level marketing field for over 30 years, and to hear her origin story into the field is to see how knowing your destination and having confidence can breed success. Cook admits that most people are afraid of the term “multi-level marketing,” but the truth is “multi-level marketing has made more millionaires than any other business, including the NFL, NBA, you name it.” Just like anyone, Cook had her share of ups and downs, “but thank God I had more ups and downs, and I didn’t let the downs keep me down. I used the downs to push me up and, that’s what people should use downs and failure for. 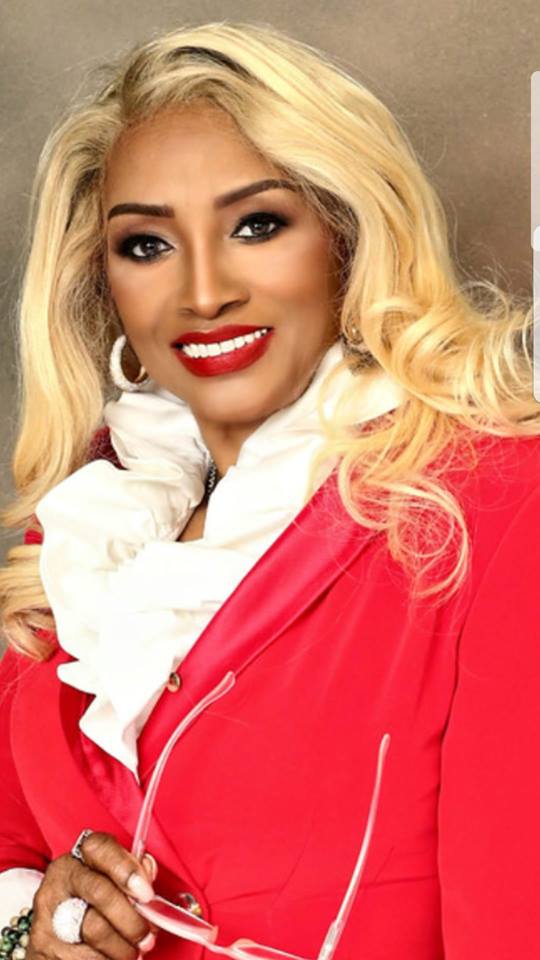 Failure is not a failure unless you stay down.”

Cook went through several companies, but she didn’t let this discourage her because success was her destination. Her goal was to seek the company that she knew she could love and be passionate about. “When I came across the one company that took me where I needed to go,” she says, “I just looked up and ran. And because I don’t burn bridges and because of God and Ardyss, I’m where I’m at today.”

Upon arriving at the company, Cook hadn’t reached her success destination; that was still in sight, and her confidence in knowing that helped her and the company grow exponentially. She began work for a company that had been in business for over 20 years and was making $3,000 a month. The owner had wanted to quit, but Cook pressed him to give her time. When she asked what it would take to keep the company going, the owner stated $30,000 a month in revenue. And with determination, confidence, and her destination before her, Cook made moves. “I took that company from $3,000 a month to over $30,000 a month to $18 million a month. I helped the company make $1.8 billion and made 21 people millionaires in the process of doing that.”

Equally important to success is seeking and building the kingdom of God. Cook will tell you that she is a firm believer in kingdom building. “When God has something for you,” she asserts, “it’s for you.” Although she no longer works for Ardyss, that position infused her belief that she could help others and herself and the kingdom. God remained a constant during Cook’s journey, and because she was following her passion, he often appeared to let her know she was on the right track. Upon leaving Ardyss, she tried other companies, but couldn’t find one that connected with her passion. When Phyllis Carter, whom Cook touts as a “wonderful woman God blessed” into her life, came to Cook and asked, “If I can put together a garment that women would love, would you put your name on it,” Cook replied, “I sure would.”

After Carter designed the garment, which is called The Goddess, both she and Cook searched in America and abroad for someone to manufacture the garment, but there was no one would could create it. When Cook’s CPA, Otis Mitchell heard this, he had an explanation for the failed attempt to find a manufacturer: “You can’t find anybody because it was Phyllis’ vision to make the garment.”

God had provided Phyllis with the vision, so she had to make the garment. This revelation brought on another key to success: embracing different. Phyllis didn’t sew, but with the revelation, they believed God would make the way for success, so “Phyllis went to Walmart, bought a Singer sewing machine, and made the garment,” Cook says. Embracing different led to mega success. For Cook, doing something different isn’t as hard as it might appear if you remember God said “Yes and amen. If God says that, then have faith and do your passion.”

Although they had no intention of going into manufacturing, God gave Cook, Carter, and their new business partner, Phyllis Carter the means to create I Am Manufacturing. “I Am manufactures the garment,” Cook says, “and Rebirth sells the garment. We are a minority-owned business that is taking the World by storm.”

The Goddess, Cook says, will “help people change their lives because when a woman puts this garment on, oh my God, it changes her attitude, which changes her altitude. It makes her feel like ‘I got my high school skinny back’.

“We have had women literally cry when they put the garment on and see themselves for the first time.” 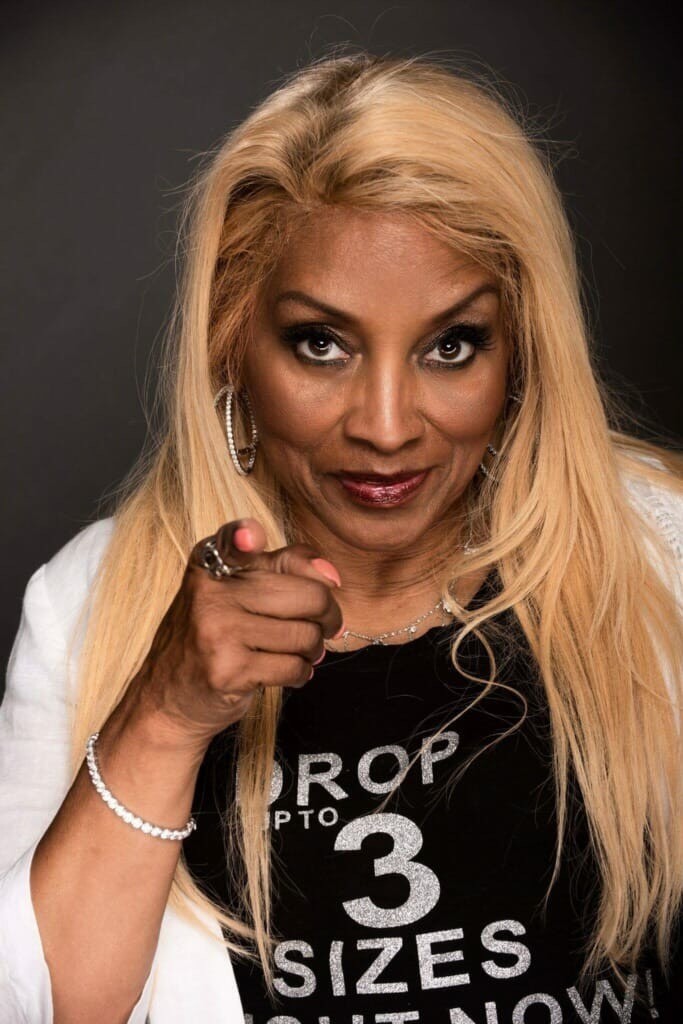 The Road to Success

Another key to success is exemplified by Cook’s determination to see herself and others succeed: she works her dream. “Stop working so hard to make other people’s dreams come true when your dreams are not coming true,” she says. “Find what you are passionate about to make your dream come true. Even if you have to pursue your dream part-time while you work another job full-time, pursue that passion until your passion and your dream are so big that you can walk away from that full-time job and pursue your passion and your dream full-time.”

Every dream, every passion that Cook has is built on thinking about success as a way to leave a legacy. “Build a business,” she says. “Give your family a gift that keeps giving. Build your own empire. You must rescue yourself because your job won’t do it.” Cook’s building of a legacy won’t stop any time soon. At the end of the interview, she noted that she’s 70, and “by the time I hit 80, I want to have produced a million entrepreneurs. People need money to build a kingdom, and jobs aren’t not doing it.” People, she says, are going “to have to come to the decision that they are tired. They are sick and tired of being broke. And they’re tired of building somebody else’s dream and not theirs. Today is a time to make a decision to build my dream, to build something my kids can have.”

One of Cook’s most poignant comments came as she talked about legacy building and how those of wealth and those without wealth speak what they have into their children’s lives.

What words are you speaking into existence and truth for you, children, and their futures?

Nearly every word from Ms. Cook’s mouth was a takeaway gem, so below, we offer a few more golden nuggets to read, reflect, and use in pursuit of your passion.

For those wishing to learn more about Ms. Cook’s MLM opportunities, she suggests that you call her at 281-802-8103. “I like to talk to people directly so that I can feel you. Only the serious need apply.

By Telishia Berry Pasha Carter is known as the NFL Cheerleader that took $500 and turned it into a...

Founder of The Ambitious Women Movement Shares How To Execute Your ‘Queen Powers’ and Live in Abundance   Kim Bullock-Hennix...

By Ashley Little Kearn Crockett Cherry is a speaker, entrepreneur, coach, event developer, and author. She and her husband Dennis...

Black Women are the Fastest-growing Demographic of Entrepreneurs in the United States, According to Fortune Magazine. Margot Dorfman, CEO of...

by Telishia Berry WHO IS CHERYL WOOD? Cheryl Wood is a wife, mother of three, and CEO of an international...

Dr. Pamela Gurley is the CEO and Founder of Clark and Hill Enterprise, a business planning and business writing company...