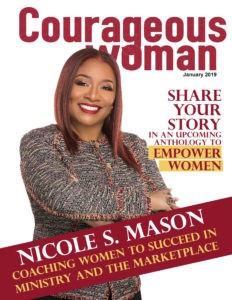 Knowing Who You Are and Who You Belong To

That aspiration and inspiration derive from being in the presence of someone who knows her worth and who she is, and most importantly, knows where her worth comes from and who she belongs to.

So, who is Nicole S. Mason? 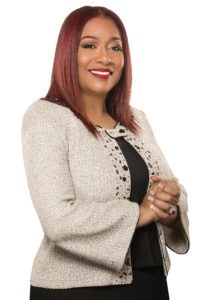 She is an advocate for justice and for what’s right; an attorney; a wife to her college sweetheart, which she said is the “best part of my life;” a mom of three sons; a bestselling author; and a woman who serves as coach and confidante to high-achieving women in ministry and the marketplace.

Mason will tell you that her “heart is to serve, serve in ministry, the marketplace … to serve others and to help them be the best version of themselves.”

And as Mason noted, her serving heart travels through ministry and the marketplace, which she describes as “anything not ministry.” Her work includes being the first and only African-American woman in a senior-level position at an organization she currently works for. Being the first also travels into her ministry work as Mason has been the “first woman preacher in a variety of different pulpits. God seems to put me in these kinds of positions as if to say, she can handle it, and her spirit is so bold and powerful.” 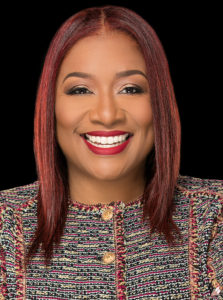 “My grandmother’s success was a matter of survival,” Mason noted. “Mine has been a matter of choice. Because of the sacrifices of my grandparents and others who have come before me, I can choose to have all the options available to me. If I want to practice law, or work in an organization at the senior-level, preach, write a book … It’s all created for me by those who came before me.”

With the matter of choice, and her long list of accomplishments, both within the marketplace and the ministry, one might wonder how Mason manages to balance it all—and why she chooses to do it all.

Mason prefers the word priority over balance. “What’s the priority of the moment?” According to Mason, if she knows that one week she’ll have to attend a meeting or event for one of her sons, then other priorities are taken off the table that week. When she knows she has an upcoming speech to give, then that becomes her focus. “We have to come to understand that when God gifts you with a number of skills, you have to operate under grace to be able to move and flow into various areas of your life,” Mason stated. “If you have difficulty moving and flowing, then prayer and fasting is a good idea because maybe you’re operating under a good thing and not a God thing.” 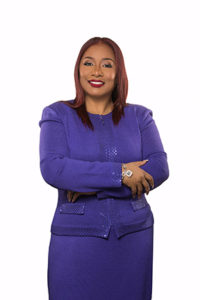 God is at the center of everything Mason does, and she chooses to serve in a myriad of ways because “God gave me all these gifts, and I would do a disservice to God if I just stayed among the people that were believers. I want to shine brightly for God, and I don’t let people dictate how to use my gifts when God opens up these opportunities for me.” So, if you want to challenge her about her mission, be forewarned: “I don’t shy away from it [her gifts], and I don’t try to come down to make others feel comfortable in my space. I will not come down. Folks better come on up with a new level of consciousness with the fact that God is using his people in the ministry and the marketplace.”

When it comes to motivation, the way God is using her to serve is at the top of that list. “What motivates me is my why,” Mason said.

“The why has to be bigger than the obstacles, even yourself because there will be times when you don’t want to keep going, but it’s the why that has to be at the forefront of your mind.”

“My why is serving,” she continued, “to make a difference on earth, to please God. I know that I was saved to do something great. My life started out behind the eight ball. My mom had a hard time giving birth to me, and from the beginning, there was a fight for me to come into the world. At six, I ran through a full plate glass window and almost died. As a young adult, a guy I was messing with got killed in my car. Something wanted to take me from this world, so now, I embrace life in such a way that I know that God has something great for me to do in this earth, and I don’t want to disappointment him because I know it was God who saved me.”

Never give up. Never surrender. Both statements seem to be mantras of Mason’s. They also tie into her definition of a courageous woman. To Mason, a courageous woman is “a woman who doesn’t give up.” She added in her spirited way:

“Women who have come through the fire and the storm, you have to really tap into the power inside of you and come to a realization that giving up is just not an option.”

And Mason is proving her never surrender with every speech, preaching opportunity, and lending hand she shares with the world.